Hey, that was one heckuva barbeque we had here over the weekend in the park! And to top it all off, we unveiled our new campaign slogan, VOTE GARNER -- “FOR VERNE... FOR YOU”. There was a lot of discussion within the inner campaign circle about where to place the quote marks, and gosh knows I’m no English major but I do like the three little dots. And of course anyone who knows me knows how I love the American flag, so we worked that in there as well. Kudos to Joe Browning, my young assistant, for coming up with the slogan -- that’s why he gets paid the big bucks (BONNIE’S NOTE: The Mayor is only kidding, Joe is paid the exact salary that the Council approved in the last budget, not one penny more...).

Good suggestions were made by other staffers:

Town Clerk Danforth Quinn, who is also my chief campaign strategist:
RE-ELECT MAYOR ST. JOHN -- KEEP THE TRAIN ON THE RIGHT TRACKS
I almost chose that one, as it would have meant I could pose for pictures wearing a train conductor’s hat...

My secretary, Bonnie Yoder:
VOTE GARNER - RED, HOT, AND BLUE!
This was nice, but I think it would have been confusing to people, because the flag is red, WHITE, and blue, not “HOT”. (BONNIE’S NOTE: I thought it was appropos of the Mayor’s charisma, but he didn’t let me fully explain it).

And one anonymous suggestion I kind of liked:
RE-ELECT GARNER - HE’S FINGER-LICKIN’ GOOD!!
(BONNIE’S NOTE: That was my second choice).

So now we’ve got a great slogan, and nothing’s going to stop us, certainly not an outsider from Chessup. Visit the website for lots of exciting merchandise!

Don't listen to them Mayor, you're doing a heckuva job!

I know a thing or two about Garner and Bonnie. When the time is right you're gonna see some footage that'll make you wish you'd never had lasik - I tell you what!
The Creeper

As a concerned 10 year old living in Verne I hope that you will pledge to recycle all your misspelled campaign signs (nice job, Bonnie) If you need an idea for them, how about donating them to Verne Elementary so we can use them as book covers? (It would reinforce the value of spelling!)

Nila has a future in politics! That's what I love about Verne the hopeful, the future. How's some fancy boy from Jessup gonna help us in Verne?

Nila, you are a delight! We are still hoping citizens will use the signs during the election season (we're counting on the fact most people will assume "Ganer" means "Garner") -- but after that, they're all yours!

And by the way, Creeper -- that was uncalled for!

I for one am very upset at all the jabs and spiteful comments being made about our Mayor. He works very hard for us, and we should show him some respect. Where has all the civility gone? It used to mean something to be from a small town.

LISTEN UP PEOPLE! MAYOR ST. JAMESES SLOGAN IS A MODEL OF PUNCH AND PAZAZZ! I DEFY THAT LIMEY PRETENDER FROM CHESSUP TO COME UP WITH ONE THAT ENGENDERS SUCH STIRRINGS OF PRIDE AND PATRIOTISM! KEEP UP THE GOOD WORK, MAYOR SIR!

Mr. Tangerone is wrong. Mayor Garner St. John does not work hard for me. He's a closeted bigot who hates cartoon characters, and my friend Blueberry Muffin thinks he's a closeted homosexual too. Whatever that is. I tried to get a library card cuz I'm 8 and learning to read now but the Mayor wouldn't let me. He said, "We don't want your kind around here. Our community only serves the needs of real people". Ouch! That really tested my optimistic nature. I can see why Pinocchio wanted to become a real boy. He must have lived in Verne too.

Marcine, your feeble attempt to attack the Mayor, your ex-husband, in the guise of beloved cartoon character Strawberry Shortcake is a new low. What was the giveaway? Your claim that Ms. Shortcake is only 8!

As everyone knows, it all started off with a greeting card company named American Greetings, Corp. Strawberry Shortcake first appeared on a greeting card for girls back in 1979 and 1980.

Little girls everywhere must have liked her a lot, and that's when the toy company Kenner decided to manufacture the Strawberry Shortcake dolls back in 1980. The first set of dolls that appeared were Strawberry Shortcake, Huckleberry Pie, Blueberry Muffin, and Apple Dumplin' with her hard shelled friend Tea Time Turtle. These dolls all had flat hands.

Later on, there would also be the addition of Apricot with her pet Hopsalot Bunny, Lemon Meringue, Orange Blossom, Raspberry Tart, and the villain Purple Pieman with Berry Bird. These ones had curved hands.

I could go on and on -- but the point is, you need to get a life and stop harassing the Mayor!

Bonnie you no nothing about cartoon characters. We never age. Bart Simpson has been 10 for almost 20 years now and I suspect he'll still be 10 in 20 more. Marcine is not the only Verne resident with a grudge against the Mayor. He's an ineffectual, narcissistic nitwit and an habitual liar to boot. It hurts me to say such things but the voters need to know the truth. 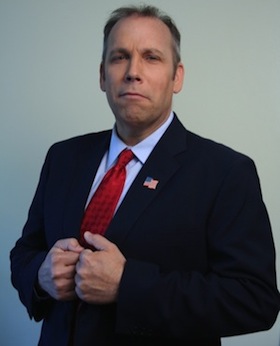