IF IT'S TUESDAY, THIS MUST BE VERNE... 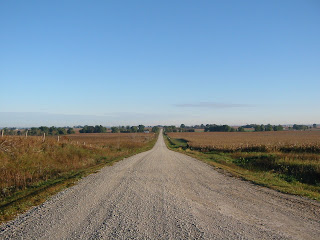 Well, here it is. Tuesday. Sure is pretty here in Verne, like the picture above shows. The picture above isn't of the Verne countryside, but ours is pretty like that. Got in to the office here bright and early, brought in donuts kindly donated by Lyle over at Happy Donuts. Dictating my blog right now to Bonnie, my secretary who's been with me five years or so (BONNIE'S NOTE: Six, actually. The Mayor sometimes has trouble with dates, even when remembering those who have been most loyal to him. I quit my job providing hospice during the Mayor's first campaign, beginning as a volunteer, then getting hired as his secretary when he took office. So that makes six years almost exactly. But why should he remember that? He's so busy trying to do things for Verne, and... Oops, silly me, I've been writing this when I should have been listening to the Mayor. I'll just pick it up with what he's saying now...)

...and if you think I'm going to roll over and play dead for my ex-wife, or the Town Council, or anyone else, you've got another think coming. I intend to fight hard during this campaign, you can count on that. I'm not going to let an outsider from Chessup come in here and take my job, even if he is a successful businessman and has a fake British accent beacuse he spent a couple years in England. No sir, you'll hear a lot from me in the coming weeks, you can take that to the bank! (BONNIE'S NOTE: The Mayor doesn't mean the Verne Bank, which closed down last year during the debacle we'd all like to forget. He's probably referring to the Farmer's Bank of Chessup, where most of us have to go to do our transactions now, though the Mayor is working hard to get an ATM set up at the Stop-N-Shop by the interstate).

Bonnie, you need to do the transcriptions without adding your own notes. The people log on to read the Mayor's musings, not your inane commentary. Let's keep this professional!

Bonnie, please look into the technical requirements for removing comments mistakenly published to the public area of the blog. And thank you for all your excellent good work!

I think it's important to hear what ALL the citizens of Verne have to say!

You can run, but you can't hide, Mayor! Turning off the guestbook on your site won't stop me! And by the way, you're a dork!

I think this Mayor may have abused his power, may have distroted the truth, may have lied his way into office, and may have put out town and our very lives in jeapordy. But I just like the cut of his jib so I'm with Garner come hell or high water.

Danforth, I think it's best you take care of your end of the business and I'll take care of mine. I see what the mayor is going through and he does not always express his true self. The people need to see this.
Best,
Bonnie

Even though the mayor didn't say he was PRO-Babies, I'm still gonna vote for him. He's for puppies, and that's pretty close, being a baby dog and all.
I don't really know what the mayor stands for or any of his positions on anything, since I'm new to town, but I like a simple straight-shooting kind of guy to be my mayor. I want someone who has strong convictions, even if I don't agree with him. And of course, he should be patriotic. And tall.
God Bless America! And Verne!

Hi Norma, though I think that's probably a made-up name! Please go to the Mayor's website, where you can see his Positions on a number of issues. Or stop by Town Hall any time, I would love to meet you and discuss! On Friday afternoons I serve my famous snickerdoodles -- don't miss!